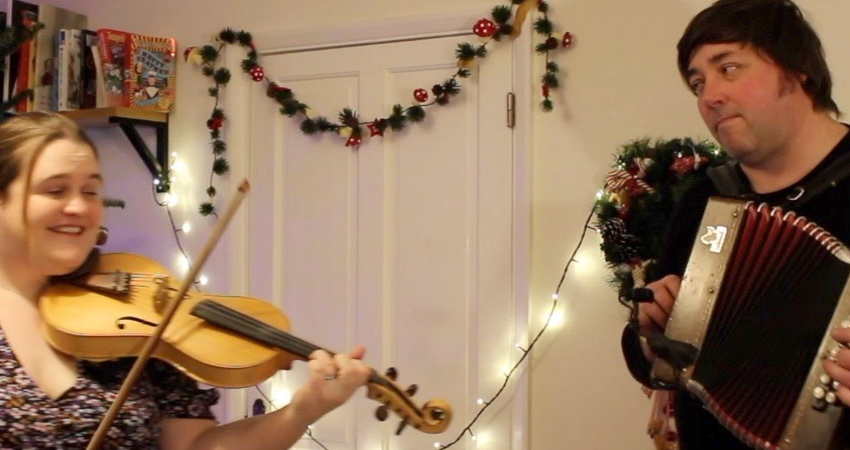 The performance will appear in the form of a pre recorded video live concert, filmed at Jackie's house in Wallingford, interspersed with interviews and chat from various locations around John's home village of Wootton. The private link for the video will be e mailed to each ticket holder on Monday 21st December, and will be available for a month thereafter.

Multi award-winning contemporary folk duo Jackie Oates and John Spiers meld together their love of English traditional folk tunes and songs with their voices and acoustic instruments, resulting in a fresh sound that is uplifting, joyful and poignant.

John and Jackie, already admiring of each other’s work, met through the vibrant folk scene of Oxford and its surrounding villages, after Jackie moved to the area. They began playing music together shortly after, through regular appearances at Nettlebed Folk Club, special festival sets, a live set for BBC Radio 3 and John’s contribution to Jackie's seventh album The Joy of Living. Their debut, homespun album, 'Needle Pin, Needle Pin' was released during March of this year.